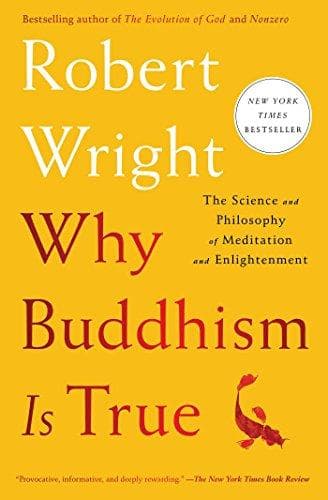 Why Buddhism is True by Robert Wright

I remember being very excited when I picked up this book. I got interested in the topic of Buddhism and downloaded a couple of Buddhism related books (more reviews coming 😏). First few chapters felt very fresh, exciting. However, by the 7th chapter I felt like I'm reading water. As in the main point of the books is regaring meditation, being present and happiness. I decided to stop reading after finishing the 7th chapter, as I had other exciting titles to check out. However, I might return to it at some point.

Despite saying this was mostly water, I did make a few notes. You will notice that the theme of those note is very similar. Hope you find something useful that resonates with you.

The Truth about Mindfulness

3 When Are Feelings Illusions?

Public Speaking and Other Horrors

Levels of Delusion: A Recap

5 The Alleged Nonexistence of Your Self

Taking the Ache out of Toothache

6 Your CEO Is MIA

The Darwinian Benefits of Self-Delusion

7 The Mental Modules That Run Your Life

Jealousy: Tyrant of the Mind